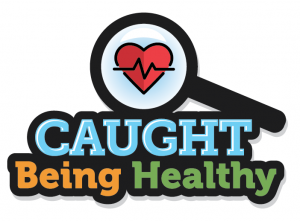 We want to hear from you!

Do you have a friend or family member who has reached a health or fitness goal that you would like Health Unlimited to recognize?

What kind of accomplishments are we looking for?
It can really be anything that was important to the person.

See below for just a few of the great Caught Being Healthy stories we have heard so far.

Who We Have Caught So Far –

What our Members Think

I love this place!! Keeps me going no matter what life brings! Better living through workouts!

I work down near DC so can only hit the gym on weekends and not every weekend. Love how they let me buy guest passes to come and enjoy their facilities when I can!!!! Great place!

One of the nicest, cleanest gyms. They offer everything and the staff is pretty nice to.

We love Health Unlimited. The facility is beautiful and the staff is wonderful.

There is something for everyone of all ages. Equipment, classes, trainers, circuit, pool, activities of all kinds… A family atmosphere. Love it.

I just took the Dance Rhythms class for the first time.  I really enjoyed it!  For a 50+ person that needs to get in shape it was a great cardio workout without being too intense on the joints!  It was easy to follow and catch on to the moves, too!!  It also focused on trouble spots like arms and legs!

“There is no gym like HU- a fabulous combo of incredible staff in a family friendly atmosphere and fun encouraging incentives plus a great facility. HU has changed my life!” – Susan D