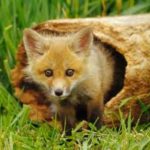 Rob Fox is a four-time Frederick County High School coach of the year and is in his 15th year of coaching in Maryland Swimming including stints with Frederick Area Swim Team (FAST) and his own Fox Swim Club. His club has twice been named “Rising Club of the Year” by Maryland Swimming, is currently pursuing its recognition as a Level 3 club and, most recently, added a site in New Oxford, PA to complement its Frederick area location. Rob graduated from the University of Maryland where he was a four-time varsity letter earner and captain of the swim team. He lives with his wife and two children in Frederick.

What our Members Think

The daycare staff is incredible. I trust them 100%. being a first time mom, I cannot thank them enough for not only helping me but helping to shape my child into a wonderful little girl. I am forever grateful and cannot thank you all enough.

I love this place!! Keeps me going no matter what life brings! Better living through workouts!

There is something for everyone of all ages. Equipment, classes, trainers, circuit, pool, activities of all kinds… A family atmosphere. Love it.

We love everything about coming to the gym!

We love Health Unlimited. The facility is beautiful and the staff is wonderful.

I just took the Dance Rhythms class for the first time.  I really enjoyed it!  For a 50+ person that needs to get in shape it was a great cardio workout without being too intense on the joints!  It was easy to follow and catch on to the moves, too!!  It also focused on trouble spots like arms and legs!

“Being a member of Health Unlimited and having access to the many, many positive activities and people has greatly enhanced my life as I enter into semi-retirement. I love HU!”